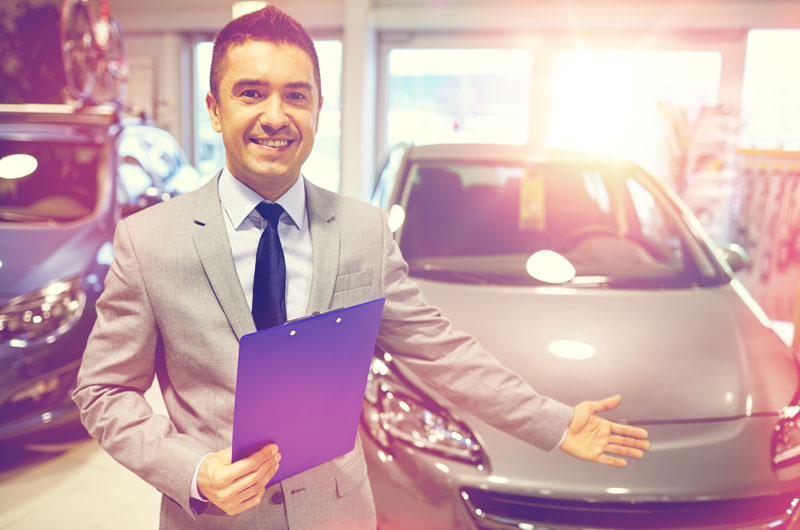 Not only are Americans buying new cars in record numbers, they are now beginning to default on those loans they have taken out at a rapid pace as well, as demonstrated below. On a much smaller stage than the housing market crash of 2008, the rate of auto loan defaults has skyrocketed over the past several years, and doesn’t appear to be slowing down any time soon.

How Did America Get Here?

Auto lenders are taking greater risks, often targeting a population that have struggled with qualifying to borrow in the past. The spike is seen in even greater numbers within subprime lending, making up nearly a quarter of these loans.

Since the rules on auto lending and mortgage lending are significantly less stringent, borrowers have taken advantage of the more relaxed rules, knowing these loans pose less of a risk than mortgages loans. 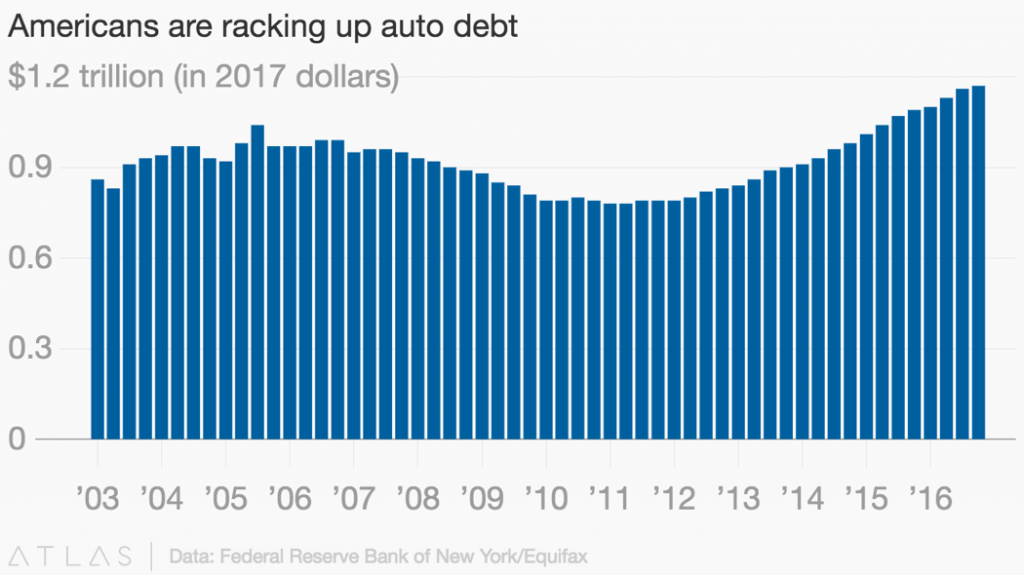 Auto sales make up about one fifth of retail spending, and auto lenders that they are attracting would be buyers with offers that are often very attractive, with far less scrutiny has also contributed heavily to this increase. Subsequently, the subprime auto lending market accounts has seen a sharp increase as well, despite the fact that those loans often carry a 10% annual interest rate, with some going as high as 20%, according to the New York Times.

There are certainly signs that subprime lending is about to burst in the auto world. “People are increasingly missing payments within the first six months of taking out their auto loans, which is a telltale sign that loans are being made that are clearly unaffordable,” Chris Kukla, senior vice president of the nonpartisan Center for Responsible Lending, told Salon magazine in October of 2016. In a recent Bloomberg article, S&P was also quoted as saying “The auto industry has also become intensely competitive, which has led to price competition, loosening of credit standards, and higher charge-offs,” which eventually leads to more and more risky lending.

While all this sounds terrible for the economy, experts predict that the delinquency of these risky auto loans will not send the U.S. economy into a tailspin. Or, as Kevin Barker, who works as a specialty finance analyst at PiperJaffray put it, these auto loans are not very likely “to create a financial crisis or cause a major disruption in financial markets.”

What’s Next for the Auto Industry

By following the 7 trends to watch in 2017 in the auto industry, you can stay abreast of what is taking place in the current marketplace. Additionally, UBS analysts Matthew Mish and Stephan Caprio think there is reason for concern, even if these defaults won’t be the take down of the economy anytime soon. They pro-offer the following questions to consider: “If subprime auto loan defaults are already nearing prior crisis levels, there are important questions to entertain ahead,” UBS’s Mish and Caprio emphasized. “What will they look like in a recessionary environment? What will recovery rates on defaulted auto loans be, considering they are already abnormally low? And finally, if non-banks have intermediated most of the lower quality consumer loans this cycle, will their business models, their sources of funding, and by extension their credit intermediation activities, prove resilient through a proper credit cycle?”

Help From a Proven Collection Resource

Cascade365 is a family of companies that provide accounts receivable liquidity solutions to the consumer finance and healthcare industries. Cascade365’s suite of products and services include AR purchase and finance, master servicing and third party collections, and revenue cycle optimization. The Cascade365 Family of Companies believes in promoting financial accountability while treating consumers and patients in a fair, dignified, and lawful manner.